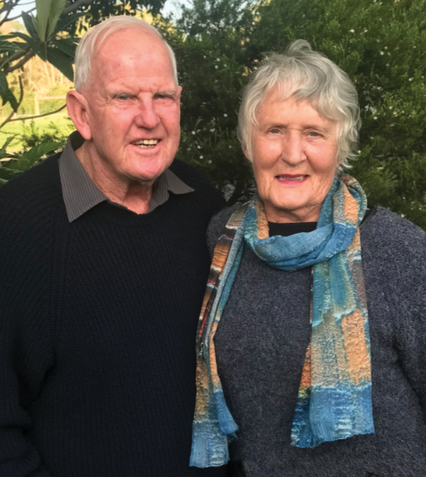 The Path to Carbon NeutralityThe Davies (Bob, Anne and family) have pursued carbon farming in a series of experiments on a 2.5-hectare paddock set aside for that purpose on the property.  A range of crops have been sown and then used to fertilize the soil, including peas for nitrogen, Graza radish as its root system draws carbon deep into the soil, and then in December 2019 a heavy sowing of multiple species of grasses and clovers designed to obtain maximum carbon. The Davies see two benefits from carbon farming:
"The more carbon you have, the better your soil, and more moisture retention. So, you're improving your farm by improving your carbon, by growing carbon you improve your land, and it's a win-win situation. All farmers should do it. If farmers increased their organic carbon by two per cent, it would wipe out the greenhouse gas emissions of Australia of 533.7 million tonnes.”
This is an example of a recent carbon farming experiment at Bimbadeen. The Davie’s interest stretches back more than a decade. In 2009, the Davies worked with the Bass Coast Landcare Network on a case study, focussing on how they had begun to adapt to climate change. This was a part of the broader regional Agricultural Greenhouse Emissions project  . Bass Coast Landcare Network worked with Bob and Anne to identify their ‘areas of concern’ and develop specific actions for the enterprise.
The following table summarises the areas of concern identified in that case study, and the actions taken: this process is a forerunner of the climate adaptation plans of the Growing Southern Gippsland project. The project also provided Bob and Anne with the knowledge and confidence to focus on their carbon neutral and soil carbon sequestration journey.